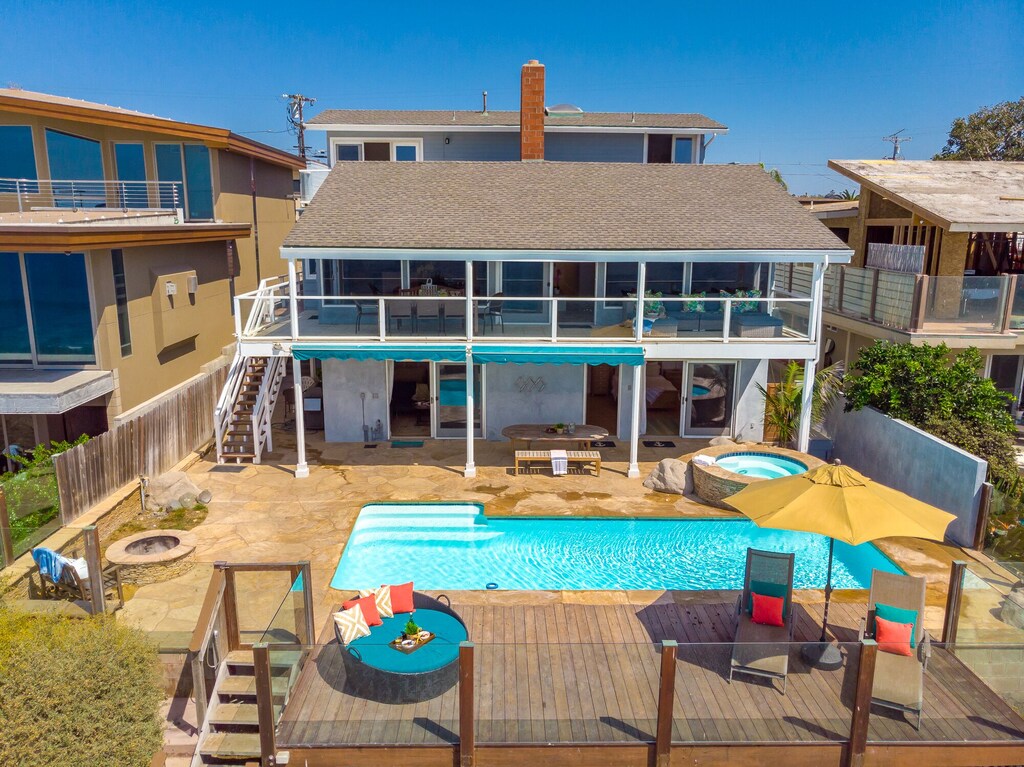 billie's birthday bash in san diego!
all props for this fabulous place goes to celeste, who is the queen of finding great spots for hangs! the group will be heading to san diego for an extended stay (friday afternoon through sunday afternoon!) they will take james' little honda since the drive is only about two hours away. james and celeste are renting this 5 bedroom, 3 bath house. virtual tour and pics inside the link! it is steps away from the beach, has a private heated pool and hot tub, full kitchen, etc. have fun this weekend!

friday → the plan is to leave around noon on friday for san diego! prior to heading out, james and celeste stopped off at the store to stock up on groceries for the weekend. there's a grill on the property, so they plan to take full advantage! don't worry, celeste will likely handle the cooking because james can't be trusted. he'll stand by and look pretty like he always does. the plan for night one will be low key! they'll get there in the early afternoon with plenty of time to spare, so james will suggest they head down to check out the beach, potentially swim if that's what everyone wants to do. when they retire back to the house for the evening, james will hook up spotify so they can play tunes all night while they grill, drink, and hang out by the pool. open to suggestions for what else they should do friday night!

saturday → saturday morning james will wake up to make a breakfast spread. we all know he's terrible at cooking, but breakfast is one of the only places he can truly do a meal justice. the menu saturday morning is his french toast! powdered sugar, syrup, fruit, and nuts for toppings if you so choose. there will be eggs and bacon on the side. naturally, james will have a pot of coffee brewed for the whole crew and some fresh squeezed orange juice he bought at whole foods. later in the morning, the plan is to head to the zoo for a little while. thanks to rhyse for the suggestion, the crew will head over and spend much of the afternoon at the san diego zoo! after the zoo, they'll retire back to the house to hang out near the pool. the plan is to order delivery, billie's choosing because it's her birthday weekend! to surprise billie, celeste purchased a yellow cake with strawberries and it will be revealed after dinner, complete with awkward singing on james' end! don't worry, they won't torture her too long with it. in addition, james and celeste also brought some edibles, which they will be sharing with the gang so if you would like to partake them them know.

sunday morning → sunday monring, the day of billie's actual birthday, james will again get up to brew coffee and cook breakfast. instead of french toast, james is making a pancake spread! let him know what you want mixed into your pancakes, he's got it all! chocolate chips, fruit, nuts, sprinkles, etc. for sides, he'll scramble some eggs and instead of bacon this morning he's making sausage. they need to check out before 1pm, so james will throw someone else on clean up duty while he packs up the car. james will drive them all home, unless someone else wants to volunteer but he doesn't mind.